French Fries with a Side of Guys by Rebekah L. Purdy #Giveaway #YA #Contemporary #Romance @RebekahLPurdy @SwoonRomance Payton Carter is one of six kids (all of which are named after famous football players), not to mention the only girl in the Carter household. With this much testosterone and no mother, it’s no wonder she’s absolutely clueless when it comes to makeup, dances, and talking to guys she’s crushing on. And now she’s about ready to start her freshman year of high school, which is nerve wrenching enough, but when she ends up running into her crush, Chance Montgomery, at her dad’s sports restaurant, she finds out that the quarterback for their rival team is moving to Aller Falls. This is nothing short of fate.
Payton realizes she has to find a way to impress Chance and get him to ask her out or at least know she’s interested in him—preferably without dropping a plateful of fries on his head, like she did last time. After taking her two oldest brothers’ advice, she decides to go out for the freshman football team, figuring that between practices and games she and her crush will surely be able to talk. And maybe talking will lead to something more permanent or at least to a first kiss. Only this plan backfires in ways she never imagined, when she beats Chance Montgomery out of the starting quarterback position. Now not only does she make him the laughing stock of the team, but also has to figure out how to avoid the snotty cheerleaders, a traitor best friend, not to mention winning games for her team. Too bad this is just the beginning of her freshman year.

“Hey, would you mind taking that back table for me?” Marino gestured to two teenage guys in a booth.

Chance Montgomery was the only boy she’d ever considered as full-on dating material. Not that she thought for one second he’d go for her. But hey, a girl could dream. And
if you were gonna dream, you might as well go all out. Payton tried not to stare at his ivy-colored eyes, or the way his brown hair curled up at the nape of his neck.

She even attempted not to follow the line of his arm muscles to what looked like strong hands. Payton sucked in a deep breath. Okay. She could totally do this. Just smile.
Nervousness took over, and her legs felt as if they were locking. Her mouth suddenly seemed dry, like she had a wad of cotton balls stuffed in her cheeks.

“Hi, welcome to Carter’s Sports House—can I start you off with a drink?” she rattled off, barely remembering to smile, while her hands quaked with the simple effort of holding a pen. She was holding a pen, wasn’t she? She peered down to make sure.

“Lemonade,” Chance answered, giving her one of his winning, knock-’em-dead grins.
It was like a powerful punch to the gut, and she wanted to fall over from the impact.
Damn. Someone should put a warning label on this boy’s mouth. God. She
needed to quit staring at his lips. Which, from where she was standing, looked pretty kissable. Not that she had any experience in that area, but she sure wouldn’t mind
getting some if it involved him. After taking his brother’s drink order, too, she went off to fill them.

“Do you guys know who that is?” She glared at Bradshaw, trying to fathom how her brothers could possibly make her wait on them.

“Yep, the Montgomery brothers. Wonder if they’re trying to scout out the competition?” he teased. “Try and find out, would ya?” 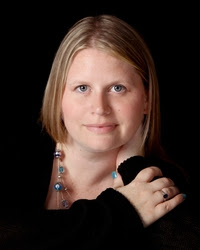 Rebekah was born and raised in Michigan where she spent many late nights armed with a good book and a flashlight. She’s lived in Michigan most of her life other than the few years she spent in the U.S. Army. At which time she got a chance to experience Missouri, Kansas, South Carolina, and California. Rebekah has a business degree from University of Phoenix and currently works full time for the court system. In her free time she writes YA stories, anything from YA Fantasy to YA Contemporary Romance. Rebekah also has a big family (6 kids) she likes to consider her family as the modern day Brady Bunch complete with crazy road trips and game nights. When not hiding at her computer, Rebekah enjoys reading, singing, soccer, swimming, football, camping, playing video games, traveling, and hanging out with her family and gazillion pets.