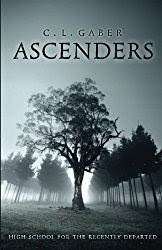 Click Here to get it on Amazon!
Walker Callaghan doesn’t know what happened to her. One minute she was living her teenage life in suburban Chicago…and the next minute, she was in a strange place and in a brand new school with absolutely no homework, no rules, and no consequences.
Walker Callaghan, 17, is dead.
She doesn’t go to heaven or hell. She lands at The Academy, a middle realm where teenagers have one thing in common: They were the morning announcement at their high schools because they died young.
These high school kids are now caught in a strange “in-between” zone where life hasn’t changed very much. In fact, this special teen limbo looks a lot like life in a quaint Michigan town complete with jocks, popular girls and cliques. “There are even cheerleaders in death,” Walker observes. It’s not a coincidence that the music teacher is a guy named Kurt who “used to have this band.” The drama teacher, Heath, is crush worthy because back in his life, he starred in some superhero movie.
Principal King explains the rules — there are none. Why? You can’t die twice.
There is no homework.
No tests.
No SATS.
You’re just there to learn because the human brain isn’t fully formed until you’re 24.
By the way, you can’t get hurt physically, so race your Harley off that hillside. But falling in love is the most dangerous thing you can do …because no one knows how long you’ll stay in this realm or what’s next.
“Losing someone you love would be like dying twice,” Walker says.
* * * * * *
Walker Callaghan has just arrived at the Academy after a tragic car accident. “Is this heaven or is this high school?” she asks.
She finds out her new life is a bit of both as she falls in love with tat-covered, bad boy Daniel Reid who is about to break the only sacred rule of this place. He’s looking for a portal to return back to the living realm.
He needs just one hour to retrieve his younger brother who strangely never arrived at The Academy. Bobby is an Earth Bound Spirit, stuck at a plane crash site that took both of their lives as their rich father piloted his private jet nose-first into a cornfield on Christmas Eve.
Walker loves Daniel and risks it all to go with him.
Have they learned enough to outsmart dangerous forces while transporting a young child with them? Can their love survive the fragmented evil parts of themselves that are now hunting them down as they try to find a way back to the middle?
At the Academy, you learn the lessons of an after-lifetime. 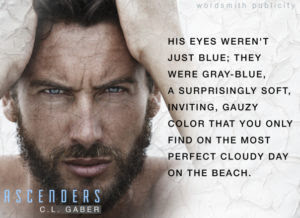 We were falling and tumbling, together and entwined—and then alone, but not lonely. I wasn’t sure where we would land, but I didn’t care because I was flying in absolute silence now. My arms flew up and my legs stayed down in an arrow-straight pose as the cold water rushed over every molecule that was me. At one point, I even did a cartwheel of sorts and started flying upside down as my brain shut off and in its place was a dizzy jolt of wonder and awe.

What goes up must come down. Daniel landed hard into the freezing river waiting below. The waterfall spit me out just a little bit in front of him and I was amazed that I didn’t just shatter into millions broken pieces like a crystal goblet dropped off a mountain peak. At first, it seemed as if I was submerged all the way to the river’s floor as my hands touched the bottom of something, but quickly, I popped up and swam to the side, no worse for wear. The river was calm, but deadly cold. A light misty fog lingered over the water’s surface and through the white shadows I saw Daniel raising both fists in the air and then yowling with pure pleasure.

Swimming up to him wasn’t hard because he grabbed my arm and hoisted me toward him until my legs were locked tightly around his waist and my arms wrapped firmly around his neck. He devoured me with a kiss that was as forceful and powerful as the rush of the water that brought us here.

He tasted like fresh love and pure determination. When my fingers raced through his hair, I felt unleashed.

It was probably twenty degrees outside and I was sweating.

Eventually, we rose from the water, clomped out of the river, and sat down on a big old rock in the middle of a desolate cove of tall evergreen trees. Several inches of snow had fallen over the dead winter grass and it seemed so inviting. I’m not sure how he knew, but Daniel could actually rub sticks together until we had a small fire crackling to the side of us. When sitting became uncomfortable, we decided to lie down, face-to-face, on the snowy surface. Nature was our hotel and in our “room” the snow was like a warm, cushioned blanket.

“I’m living with a Boy Scout,” I announced.

“I was a Boy Scout,” he said. “Troop Seventy-Six. Lake Forest division.”

“I don’t see you as the selling cookies type. Tell me something else I don’t know about you. Who were you, Callaghan when you were alive? I want to know everything.”

“What do you mean?” I asked, jittery nerves returning.

“I mean, food you would never touch.”

“What were you on your last Halloween?” I asked, wanting to cram in every little fact.

“A cheerleader,” he said in a dejected voice. “The kids made me do it—blonde wig and a bra.” He cupped some nonexistent breasts on himself. “I stuffed them with oranges.”

“Biked to Madison’s at three a.m. in the winter because she had just broken up with her boyfriend. Technically speaking, it wasn’t safe. But it was necessary. Also, in seventh grade I roller-skated through the kitchen holding a glass of milk. My mom walked in, startled me, and the glass flew out of my hands. The milk hit the ceiling and I was grounded for a week,” I told him. “It was raining milk all over that ugly blue tile.”

His grin was ear to ear. Then he spoke.

“Okay, so I took the old man’s Ferrari and accidentally drove into a farmer’s field for a little bit of racing around between the cornstalks. What I didn’t know is the farmer actually planted soybeans. And he had just irrigated the entire thing and the car sunk like it was in quicksand. The farmer came out with a shotgun and told me he was going to hold me there or shoot me or both. He told me to call Edward. But of course, he was out of town. So he finally let me go. Edward has so many cars that he didn’t even notice for months until he finally said, ‘Where is my blue Ferrari?’ I just shrugged. I think that car is still in the soybean field or there is a farmer in Illinois with a really cool ride.”

“In my entire life, I’ve never drank Doctor Pepper,” I blurted. “It’s not that I’m feeling denied, but still. No growing all the way up. No college. No marriage. No kids. No growing old. No Doctor Pepper. It doesn’t seem fair now does it? But then why do we think it’s all supposed to be so fair? Who promised us fair?”

He stroked my cheek tenderly.

A minute or two passed. Then he spoke again.

I tried to catch stray snowflakes in my open palm.

Holding my face in his warm hands, he asked in a sweet voice, “First kiss?”

“A boy named Obie. Second grade. He was a dork and I kissed him. It was a dare from another girl at YMCA camp. Obie also had spaghetti breath.”

“Last kiss?” he asked, pressing his lips to mine.

“Some guy who took me swimming . . .” I murmured, but he didn’t let me continue.

Leaning down, he kissed me sweetly and urgently and when my breath mixed with his and the cold night air caressed my skin, all the questions stopped.

He brought it back to the beginning.

“It’s been extremely tough to be your Boy Scout, night after night.”

“After night,” I added, allowing my thumb and forefinger to explore those striking cheekbones until I wandered down to the two-day stubble that had grown across his cheeks.

The world was beautiful here. It was a winter-white spectacle with soft snow all around us. The air was so sweet and calm. “People are so afraid of dying,” I said, turning my head to stare up at the black night sky. I wondered if my view was home. Or maybe home was below us. My perspective was slightly askew now.

“It’s not so bad being here,” he said, turning my face back to his, and then wrapping his arms around me. Unlike the other nights, Daniel wasn’t turning away in the other direction. When we kissed again it was slow, and building to something deeper. I felt light-headed and knew that soon there would be no turning back. And I didn’t want to turn in any direction but his.

This was life. After death.

The kissing was our oxygen. It was rebellion and redemption. 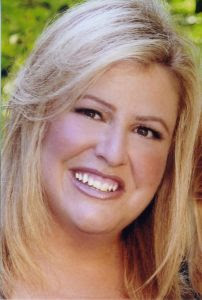 C.L. Gaber writes YA fiction from her home in Nevada where she lives with her husband Ron, bonus daughter Sabrina and two unruly dogs.
Want to Follow CL Gaber and never miss a thing about her and her great books?
She loves being Stalked, do it below:
**Facebook Author Page: https://www.facebook.com/authorclgaber/
**Street Team: https://www.facebook.com/groups/179655082381634/
**GoodReads Author Page: https://www.goodreads.com/author/show/7854535.C_L_Gaber