Welcome to my stop on the All the Stars on Fire by Beck Medina blog tour! 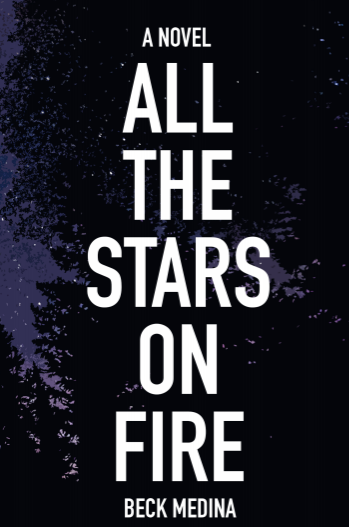 Natalia Morales has a secret...she's kind of a superhero. Natalia dreams of joining the Action Team, the newly banded and young heroes that protect Angel City and just may stop at anything to make it happen.

Alyse Morales knows her sister's secret and wants Natalia to give up on her dangerous dream. When Alyse gets hurt one night while Natalia is crime-fighting, Natalia promises to end her run as a hero. But when the Sorceress appears in Angel City, and Captain Force, the leader of the Action Team, enlists in Natalia's help, she may have to break her promise in order to protect her family and friends.

Will Alyse ever forgive her? Is Natalia actually capable of saving the day? All the Stars on Fire is the story of following your dreams, what it truly takes to be a hero, and leaping into the unknown.

Beck Medina is a California born and raised author and podcast host. Beck's work includes 2016's A Fantastic Mess of Everything, 2017's Or Best Offer, and her highly anticipated fantasy novel All the Stars on Fire (December 2019).
When Beck isn't writing, she's the host of the My Best Life Podcast, a health, wellness, and business podcast for creative entrepreneurs. A few of Beck's favorite things include pop music, iced coffee, teen dramas, and her two cats, Olivia and Dupree.