Thanks for checking out my stop on the Fatal Magic (Unstable Magic #2) by Emily Bybee blog tour! 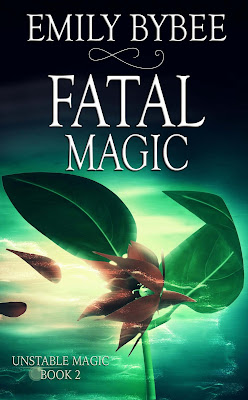 Someone wants Sydney dead. Only problem is, she has no idea who. Pushing her off a cliff, thinking the deadly ocean waves will finish their dirty-work, was their first mistake. The near-death experience opens channels of uncontrollable magic, which Sydney is told should have remained dormant. As if finding out magic is real and hit-lists aren't enough, Sydney discovers her family lied to her. They were witches too. But they're all dead. And she's left to fend off the psychos after her blood with only Luke, her childhood crush turned steamy college student, on her side. Turns out being a witch isn't as awesome as you'd think, especially when your magic has fatal consequences. 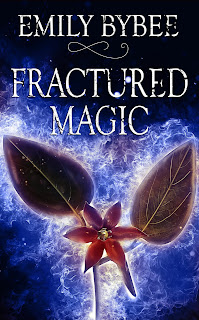 As the world’s worst witch, Maddie is mistreated by her own kind. She was born a Defect. Most of her spells blow up in her face, literally. While witches search for the long-lost power of the earth, Maddie spends her time in the science lab. There, she discovers a clue to the lost power. The only other witness is Jax, a smokin’ hot college bad-boy, who Maddie can’t decide if she wants to kiss or kill.

When she fails her magic final, the council orders her magic stripped. Maddie’s only chance to keep her brain intact is to find the power with the hope that it can fix her. Jax is her one true ally on the journey. The two of them must use their smarts to stay ahead of the witches while they follow a two-hundred-year-old trail to the power of the earth and the truth behind Maddie’s defect.

About the AuthorEmily grew up loving to read and escape into stories. She began writing her own at the age of twelve. In college she focused on science and graduated with a degree in Environmental Biology. After college she began writing again but quickly realized she had failed to take a single writing or grammar class. Luckily, she’s a quick learner. Emily now lives in Colorado with her wonderful husband, three amazing children, and way too many animals. She still enjoys making up stories and can’t seem to leave out the paranormal elements because they are just too much fun.

Want to win a $10 Amazon gift card? Subscribe to the author’s newsletter and she will pick a winner!