Welcome to my stop on the excerpt tour for In Between Days by Anne Jamison.  This tour was organized by Goddess Fish Promotions.  Here on my stop, I have an exclusive excerpt for y'all as well as the tour-wide giveaway, which is for a chance to win a $25 Amazon or Barnes & Noble gift card.  Pretty cool, right?  Be sure to follow the rest of the tour for more exclusive excerpts and opportunities to enter the giveaway.  Have fun and enjoy! 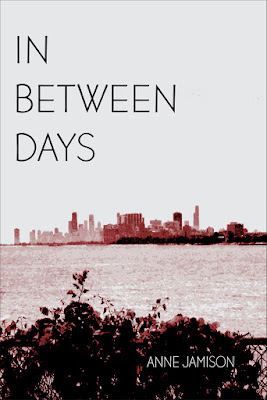 (And the first semester isn’t even over yet.)

The Jocks with their pastel Izods. The Barbies. The loser Burnouts.

High school in the 1980's had rules. Barbies and Jocks can mix. Barbie cheerleaders steer clear of the losers. Punks want to burn it all down.

Samantha Ward doesn't love the rules, but she plays to win. So when a snarky Burnout goes after her in a face-off, of course, she fights back. Of course, she fights mean. She may not get his sex joke, but she knows he made one. About her. In front of the entire cafeteria. And what's worse, she feels a tingle when she looks at bad-boy Jason.

How could she know her mean girl put-down would launch a war? Or that the school she knows hides a darker world she never even dreamed of?

In Between Days is a pitch-perfect story of first love, friendship, and enemies; of loyalty, betrayal, and the power of secrets. This darkly funny, suspenseful tale is perfect for fans of The Outsiders and The Breakfast Club.

"GRIPPING AND UNPUTDOWNABLE." --Christina Lauren, international bestselling authors of Dating You/Hating You “THIS WAS a bittersweet tumble into eighties high school nostalgia, with all the angst, sexual tension and emotional confusion involved with first love, and so well done it was a non-stop read to the end.… (Oh, and one of the best first kisses I have EVER read...),” says one reviewer

This is a historical novel that contains period language that is, and was then, and should be, offensive.

Jason had his algebra book open to appease the detention supervisor, but his mind wasn’t on algebra. It wasn’t even on lunch—which had been all kinds of entertaining—or the hallway, which had been something, he wasn’t sure what. Jason’s mind was on history class. More specifically, on what bug specifically had crawled up Mr. Diangelo’s ass.

No one thought it was Jason's knife. Even JAP Barbie, the friend of that Samantha girl who’d been turning up like a bad penny all day, even she swore Jason hadn’t been anywhere near the desk when the knife had shown up.

Stagnita, of course, had been pleased as hell to think it was Jason’s knife from the second he got Diangelo’s panicked call. It had been so good for him, he’d probably be having wet dreams on it for weeks. But even Stagnita knew it was bullshit now, or Jason would have been suspended or expelled instead of just in detention which was already like his second home.

Of course, the one person who knew for sure it wasn't Jason's knife was Diangelo, who “found” it and threatened to call the teachers’ union if Jason was not removed from his class.

Diangelo had a high, nasally voice when he got nervous and a thin mustache that made him look like some kind of old movie villain. The rest of him, though, looked more like the hero. Smooth. Dark eyes. A haircut that said how much it cared. Girls begged to be in his classes and hung on his every word like they would like to be hanging on his lips and he looked them in the eyes like he would like that too.

Jason himself had certain standards. No middle-schoolers. No freshmen for anything but kissing. No one desperate for him—because Jason wasn’t desperate for any of them and desperation seemed like it really needed to go both ways to be any fun at all.

Jason believed Diangelo did not share this code. He was pretty sure Mr. Diangelo thought a dose of desperation wrapped up in the body of a fifteen- or sixteen-year-old girl was just what the doctor ordered. Jason had no evidence, only warning flags that went off in his brain that said “bad news.”

That sign had been flashing even before two weeks earlier when Jason walked in on the teacher in the bowling alley bathroom nervously shaking hands with Artie Fisher. Jason didn’t hear much, but it clearly wasn’t just a friendly urinal-side chat.

Artie Fisher was not a nice guy. He was not a chatty guy. Artie was known as someone who could get his hands on and in all kinds of things and people for different effects and for the right price. He wasn’t big time. He was just . . . flexible. So while hanging out in the bowling alley bathroom with Artie Fisher did not only mean one thing, the whole range of things it could mean were not things a high school teacher wanted made public. 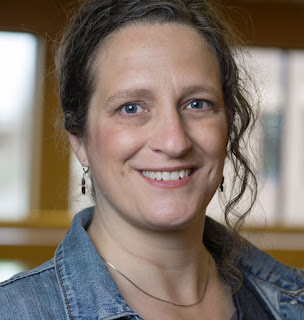 Anne Jamison is the author of three critical books, including Fic: Why Fanfiction is Taking Over the World. She lives in Salt Lake City with her dogs, her son, and an avant-garde poet. She is an English professor, but not the kind that corrects your grammar (unless she is actively grading your paper). In Between Days is her first novel.

Anne Jamison will be awarding a $25 Amazon or B/N GC to a randomly drawn winner via rafflecopter during the tour.

a Rafflecopter giveaway
at December 13, 2019