A young woman is torn between her home and her dreams during the Russian Revolution.
It’s 1916, and Charlotte Mason is determined to make a life for herself in czarist Russia. When her mother dies, Charlotte is forced to put her plans to go to medical school aside to care for her unruly siblings. Then a handsome new tutor arrives. Charlotte has high hopes that he’ll stay, freeing her up to follow her dreams of becoming a doctor. But there’s more to Dmitri that meets the eye.
Just when she thinks she can get her life back, Russia descends into revolution and chaos. Now, not only does Charlotte need to leave Russia, she needs to get her siblings out too–and fast.
Can Charlotte flee Russia, keep her siblings safe, and uncover Dmitri’s many secrets before she runs out of time?

There are the main reasons you read in the short summaries in history books, but behind those there was a love story and a family in crisis and those things turned out to affect the entire world.

Let’s get the big reasons out of the way first:

1.    Many in Russia wanted a more democratic society. They saw the changes happening in the rest of the world, and they wanted that for their country too.
2.    World War I was making life very difficult for the Russian people, not only for the soldiers who were dealing with shortages of everything from boots to ammunition, but also ordinary Russians who were on the brink of starvation, much of it due to an incompetent government.
3.    A particularly brutal winter following a year of bad weather, so not only were people starving, they were freezing in the cities, especially in Petrograd where the revolution started, partly due to the incompetence of the government, which couldn’t manage to coordinate fuel supplies into the cities.
4.    Egos of the people in charge. (There are always egos involved.) People jockeying for power and position, placing their own power above what is right. Many of the decisions that were bad for the people benefited one or two of the elite, so they didn’t care their decisions led to shortages and starvation.
5.    Promises were broken. In prior years, the Czar had reluctantly agreed to allow some reforms, but then he took that back clamped down again and that made people very angry.

Besides those reasons, much of what happened when it did hinged on the behavior and beliefs of a few individuals.

Czar Nicolas was brought up to believe he ruled Russia as a mandate from God and he absolutely believed that even though he was unsuited to be a ruler. While he had some education, he was not exposed to much liberal thought, so the ideas of democracy and letting the people decide their own fate did not seem to have much of an impact on him. He held the all too common belief that the so-called ‘lower’ classes didn’t know what was best for them, and it was up to him to decide for them. (We’ll call this Reason 6.)

But he also knew his future and that of his family was uncertain because his son and heir had an incurable and untreatable disease, and that weighed very heavily on him. Even though his son’s illness was kept secret from the average Russian, many around him knew about it and were trying to use that knowledge for their own advantage. The Czar was smart enough to recognize people were maneuvering for power, but it made him very distrustful of people who could have given him good advice. (Reason 7)
The illness of the Czar’s son had disastrous consequences in many ways. The boy had haemophilia, and since there was no known cure, the family was drawn to try anything that might help. That led the Czar’s wife, Alexandria, to put her trust in a bizarre faith healer named Rasputin. People around her could see he was a fraud, but she was so desperate she couldn’t see it at all. They hated his influence on her but the Czar loved his wife and went along with her. She knew they hated Rasputin and counseled her husband not to believe those who distrusted him, further isolating him. (Reason 8)

Many people feared the Czarina wanted Germany to win the war. She was German by birth, and never really fit in with the Russian aristocracy. She also was partially deaf and in poor health, which led her to withdraw from social events, and resulted in many people thinking she was aloof. Her husband wanted to be with her and his family, so he withdrew too. This allowed those maneuvering for power to take steps for their own benefit, to the detriment of the Russian people. (Reason 9)

The Czarina realized many people were not working in the best interests of her husband, so convinced him he should take command of the army and go to the front. He was not cut out to be a military leader, but since he was convinced God would tell him what to do, he did take over, and his choices made the military situation so much worse, also keeping him away from the city when the revolution first started. If he had been in Petrograd at the time, he might have taken some action to avert it. (Reason 10)

Dee Garretson spent her childhood helping her father build his offbeat inventions and playing adventure games in the woods. After working as a landscape designer and teaching landscape horticulture classes for several years, Dee returned to writing. Her debut novel, Wildfire Run, has been praised for its suspense and its hero, Luke, who “with his companions, displays generous measures of courage and ingenuity in rising to the occasion” (ALA Booklist). She lives with her family in Cincinnati, Ohio. 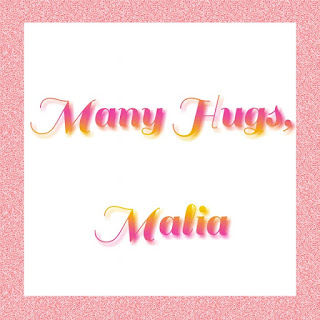