Release Day Celebration for BLOOD of STARS and GODS by Melissa A. Petreshock #Giveaway #YA #Fantasy #Paranormal @chapterxchapter @ teamdracopraesi @SwoonRomance 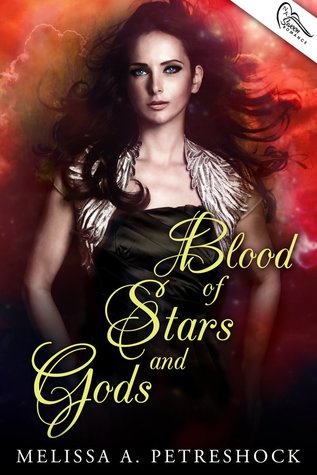 Forever does not go on unchanged.

Caitriona Hayden’s destiny as the Dracopraesi dragon’s North Star is no clearer to her than it was weeks ago. However, Cait’s eternal future seems a minor concern while the vengeful elves continue taunting the dragons, now using violence against the human population in their desire for war.

Battles of war aren’t the only ones fought.

King Corrin struggles to make peace with his coming end, and as his family bonds heal, stronger relationships and alliances form among Cait and her dragons. Theo may have won her heart, but Oliver fills a void long left by the passing of her uncle, and each dragon is a part of Cait’s family.

But a darkness bleeds through to change their world.

When faced with decisions of life and death, Cait, Theo, and demigod Dante must choose unpredictable paths, chance outcomes of eternal consequences, and make dubious promises. As Cait displays unexpected abilities, complications arise, more details of her destiny are revealed, and she discovers the inherent risks of fearing change.

Every era has a beginning and an end. There are things in the world no one is meant to stop.

BLOOD OF STARS AND GODS is book two in the exciting Stars and Souls trilogy, sequel to Amazon #1 Contemporary Fantasy: FIRE OF STARS AND DRAGONS!

OTHER BOOKS IN THE SERIES: 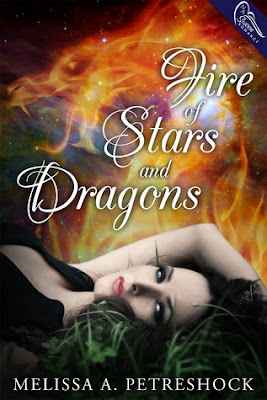 A dragon's fire cannot be tamed.

In 22nd century sovereign America, women should be seen and not heard. Unfortunately, twenty-one-year-old CAITRIONA HAYDEN didn't get that memo!

Determined to make her way in the world following the death of her uncle, being "seen" is the least of Cait's problems.

Someone's trying to kill her.

Ordained to guard and protect her, when Theo Pendragon claims Cait as his ward, he finds more than he expects as the flames of passion ignite within the dragon for the first time. But Theo is not alone in his desire, and he must learn to fight for what he wants, even if it costs him his best friend.

Dante, a powerful demigod and beloved friend to Theo, has spent centuries pursuing intellectual endeavors rather than indulging in the heat of desire. But everything changes when Cait arouses an attraction he cannot deny.

But Dante isn't the only one with a vested interest in Cait's future.

America's monarch, an ancient vampire named Corrin, puts no stock in the frivolity of love, and yet a proper queen would boost his approval rating amongst the people. Marrying Cait could hold the key to his survival.

Soon, Cait goes from studying for college exams to fighting for a future she never knew she wanted with a man she never imagined she could love. But the key to her future is held in the one secret she has yet to uncover. 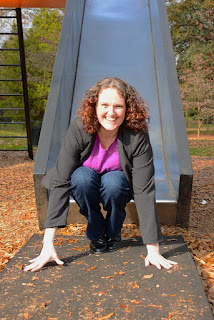 Melissa A. Petreshock is a full-time wife, mom, and writer returned to her home state of Kentucky after a number of years spent living in Massachusetts. She spends quiet days writing, while her evenings and weekends are often spent involved with her children's extracurricular activities.

When not busy with her family or writing, she indulges in too much coffee, loud music, random dancing, and lots of fandoms. Melissa favors causes demanding social change such as mental health awareness and teen suicide prevention.

BLOOD OF STARS AND GODS is the sequel to her debut NA Fantasy Romance novel FIRE OF STARS AND DRAGONS, and the second book in the Stars and Souls Trilogy. To learn more about the series, check out her website. 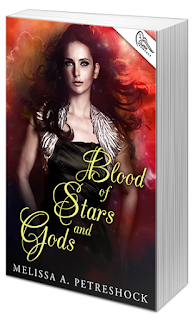