Summer Lane, author of BRAVO: BLOOD ROAD, has stopped by to share some of her thought processes regarding how she wrote her amazing new book.

A lot of people look at me funny when I tell them that I wrote a book about a dog. They tilt their head and say, “About a dog? Like, what kind of a dog? How can you write a book from the point of view of an animal?”
It’s all about understanding the way dogs think and function. They are creatures of loyalty and physicality. Above all, they are creatures of instinct. I wrote about dogs because I love animals, and because ever since I was a little girl, working dogs have fascinated me.
I’m also a bit of a nature nut, in that I love the outdoors – particularly the forest – and I love learning about the wildlife around the world. When I was a kid, my obsession started with Ranger Rick magazines, and then graduated to National Geographic nature documentaries, the Crocodile Hunter and of course, Homeward Bound and the animated film Balto. The natural world and the natural order of things is an inexhaustible subject for me. I love the removal of modern technology and human encroachment. I like to see what the world is like without cell phones and cars and snapchat filters.
That was one of the big driving factors of my “dog book.” I wanted to tell a story about a character who was unaffected by technology or petty problems; a character who dealt with things in an almost primordial way, pure instinct.
That was Bravo. Bravo was driven by instinct, love and loyalty. Pretty simple. His character motivation was clear and honest. So all that was left was to give him a problem that he must overcome: separation from his handler, and the struggle to survive in a world gone wild.
I have always considered Jack London to be a major source of inspiration when it comes to paving the way for people to write “nature” books or books about animals. His literary creations that are White Fang and The Call of the Wild are pure brilliance. He was so far ahead of his time, so insightful and deep. I cannot recommend his work enough – all of it!


The key to writing about a dog is to keep him true and honest, to realize that, as Jack London would say, the “call of the wild” is still within him or her. To remember that a dog is driven by physical desire and emotional fulfillment as much as we are, and that they oftentimes need exactly the same things that we do. I have found that over the course of the last two years, writing about dogs has made me realize that they are really not very different than we are. Dogs are very human, and the more time you spend studying them, the more you realize that they are, in many ways, far superior than we are, for theirs is the ancient wisdom of instinct and the wilderness. 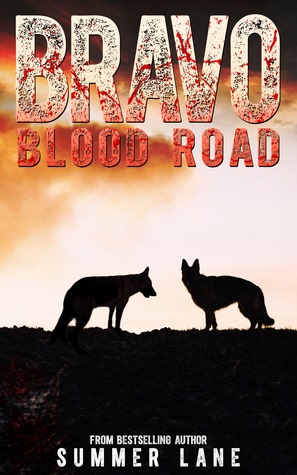 Synopsis:
Bravo and his beloved handler, Lieutenant Nathan Ingalls, are together again amidst the ashes of an apocalyptic California. Together, they are using their skills to help a rebel militia group seek out survivors in the desolation of Death Valley.
But when the Death Brigade – a vicious anarchist group arisen from the dust of a fallen society – rolls into town, tragedy strikes. Someone is taken. Neither Nathan nor Bravo will allow that. The hunt is on – Bravo will not fail in his task to protect his friends.
The Black Market.


Rescuing the people you love sometimes comes with a price. When Bravo and his friend, India, are taken to Blood Road, they are forced to fight for their lives in a terrifying and vicious society of gambling, deceit and violent entertainment.


Alone and afraid, Bravo is forced to fight for his life every day in an arena while cruel spectators make bets on the odds of his victory. His only allies in this dark place could perish as suddenly as he could.


The bonds of friendship are tested, and the agonizing teeth of loss sink their fangs deep.


Life or death. Fight or flight. Bravo must choose.


And now, the Blood Road will wreak its vengeance.


This is the conclusion to Bravo the bomb dog’s thrilling and poignant tale of love, loss and ultimate sacrifice, a #1 bestselling phenomenon.

Bravo was there. He heard Danny scream, tasted the sharp jolt of terror heavy in the air. He came straight for him, sailing like a dark bullet through the night. The coyote did not see him coming. Bravo hit him like an arrow, rage pulsing through his body.
How dare this wolf-thing harm Danny! The fury was a tangible thing, flooding through his veins like a wildfire. He bit the coyote below the mouth, in the soft flesh of the neck, where the lifeblood was.
Take away lifeblood, take away life. That was the law of the fight. Bravo had learned that in the Arena, but it was an unspoken and silently understood fact of instinct. Blood contained life…remove blood, and the enemy would fall.
The coyote yelped and released its hold on Danny. The little boy stumbled backward, crying, while Bravo drug the dog-thing to the ground, holding it there, second by second, as the life drained from it and the hot, salty blood spilled onto his face and stained his fur.
Bravo felt nothing but the storming satisfaction of the bite and the devotion to the kill – the mission. This was his job, to protect Danny at all costs, because Nathan was not here, and because that is what Bravo was: a protector. 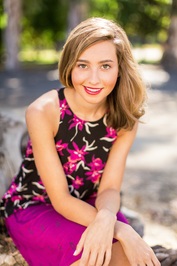 Summer Lane is the #1 bestselling author of 14 novels, including books from the hit Collapse Series, Zero Trilogy and Bravo Saga. She is the owner of WB Publishing and Writing Belle, an online magazine devoted to the art of storytelling. Summer is also an accomplished creative writing teacher and experienced journalist.

She lives in the Central Valley of California with her husband, Scott, where she spends her days writing, teaching and writing some more. Summer loves to visit the mountains (nature rocks!), the beach (Hawaii is heaven) and have hot cups of tea with good friends (tea is always a good idea). She also loves dogs and traveling! 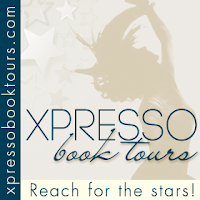